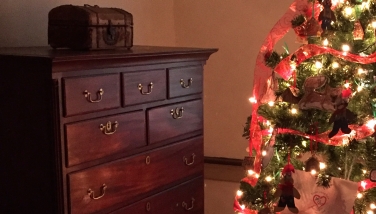 The Harriet Tubman Underground Railroad National Historical Park was established in 2014 to protect and interpret landscapes that were significant in Harriet Tubman’s life, including places associated with her early life in slavery and her escape in 1849, as well as rescues of her family and friends.

By driving the Harriet Tubman Underground Railroad Byway, you will experience the sites and stories of Harriet Tubman’s life, the inhumanity of slavery, the desperation of escape, and the danger of assisting runaways.

Follow in Harriet Tubman’s footsteps as she escaped in 1849 and traveled from Maryland’s Eastern Shore through Delaware to reach her freedom in Philadelphia, Pennsylvania. Explore authentic escape missions and discover how hundreds of men and women risked everything to pursue their freedom. Chesapeake landscapes – extensive waterways, marshes, and woodlands – both helped and hindered Tubman and other freedom seekers.

Harriet Tubman was a famous Underground Railroad conductor. Born Araminta Ross in Dorchester County, Maryland, she spent her early years in slavery, serving several masters in Bucktown and Madison. After escaping, she made 13 trips back to the Eastern Shore and rescued at least 70 family members and friends from slavery.

The Underground Railroad was a secret network of courageous people throughout the United States who broke the law to offer transportation, refuge, food, and comfort to escaping slaves during the 1700s and early 1800s. It was named symbolically after the new steam trains and used terms such as “passengers,” “depots,” and “conductors.”

Enhance Your Experience with an Audio Guide

Look for the tall Tubman Byway Markers to find byway sites along your journey.