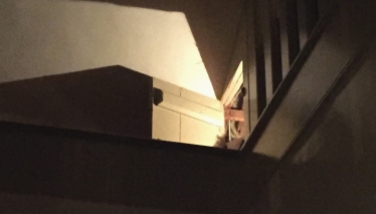 In 1845, a fugitive slave from Maryland named Sam approached the Corbit home begging for refuge. Sam was hidden by Mary Corbit behind this tiny door in the attic of the Corbit-Sharp house. 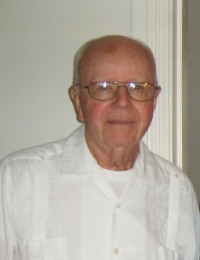 John Goodier was first introduced to Odessa when he married Marjorie Loven in November of 1963. John claims that when he met Margie, he knew instantly he was going to marry her. That was 53 years ago. John is currently Chairman of the Historic Odessa Foundation Advisory Committee.

However, as John eventually came to find out, his connection to Odessa really began in the early nineteenth century. John’s mother was a Jefferis and it was one of her ancestors that married David Wilson of Cantwell’s Bridge in 1808.

The young Goodier’s began their life together living in Bellevue Manor, eventually moving to Shallcross Lake in Middletown, and finally into Margie’s home town of Odessa in 1995. They have three children and 4 grandchildren. Their dedication to their community and their belief in support and good stewardship runs deep…their daughter Kelley also works as an HOF Volunteer, and their daughter-in-law, Rosemary, serves on the Historic Odessa Foundation Advisory Committee.

John was born in Vineland, New Jersey where he graduated from High School and then went on to Dickinson College in Carlisle, Pennsylvania.  After college, he served in the U. S. Army Field Medical Service Corps from 1953 to 1955, stationed at Brooke Army Medical Center in San Antonio, Texas.

As a civilian, John was employed for the next thirty-six years by Equitable Security Trust Company, which later became Bank of Delaware, and finally became PNC.  Twenty-seven of those years with the bank were spent in the Trust Department and nine years in Communications and Public Affairs.  John retired from PNC in 1992 as a Vice President.

He is a Mason, and since 1953 has served in various capacities, at all levels of membership, and in multiple chapters of that organization. He is active in Rotary International in the Middletown-Odessa Chapter, and was a member of the New Castle County Chamber of Commerce.  He is a member and was past president of the Brain Injury Association of Delaware. John has been actively involved in many community organizations…holding offices in most of them; the Appoquinimink School Board and the Church Connection Community U.M. in Middletown… just to name a few.

As Chairman of the Historic Odessa Foundation Advisory Committee, John has been instrumental in the formation of the Foundation as a volunteer organization.  He is trained as a HOF docent and receptionist and is always willing to fill in a pinch. John truly cares about this community and the future of Odessa.  It is evident when you talk to him that next to his family his community is a major focus of his life.

One of John’s great personal interests is flying… John is a licensed pilot and flies his plane out of Summit Airport, and furthermore, is still involved in the Civil Air Patrol!

The next time John stops by the Visitor’s Center, or you see him walking by with his wife take a moment to say hello. John is a wise and wonderful member of the HOF Volunteer Family.  The Historic Odessa Foundation is very lucky that John met Margie back in the summer of 1963!